The 4067 was one of the IC’s that I wanted to connect up to various microcontrollers as it looked extremely useful, here is a quick description from one of the datasheets with an overview of the functionality

The HEF4067B is a 16-channel analog multiplexer/demultiplexer with four address inputs (A0 to A3), an active LOW enable input (E), sixteen independent inputs/outputs (Y0 to Y15) and a common input/output (Z). The device contains sixteen bidirectional analog switches, each with one side connected to an independent input/output (Y0 to Y15) and the other side connected to the common input/output (Z). With E LOW, one of the sixteen switches is selected (low-impedance ON-state) by A0 to A3. All unselected switches are in the high-impedance OFF-state. With E HIGH all switches are in the high-impedance OFF-state, independent of A0 to A3. The analog inputs/outputs (Y0 to Y15 and Z) can swing between VDD as a positive limit and VSS as a negative limit. VDD to VSS may not exceed 15 V. 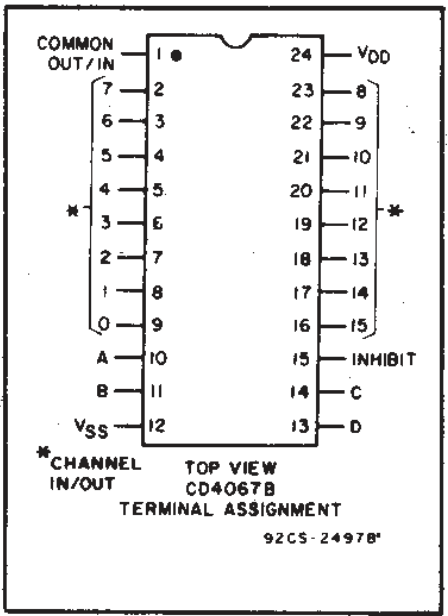 You can see depending on the state of pins S0 – S3 determines the output channel pin that is used. So if S0 to S3 are 0 then Channel 0 which is Pin 9 is selected 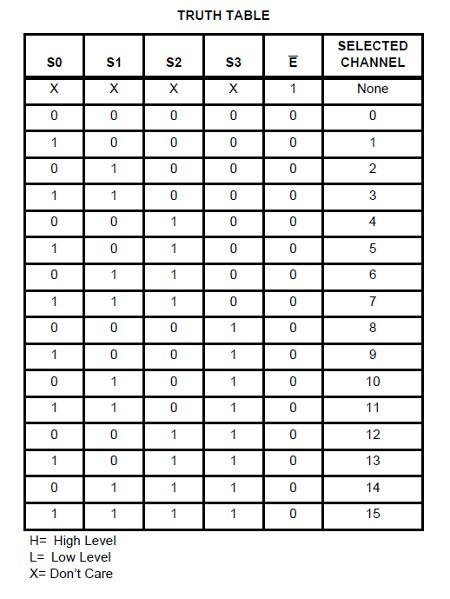 Here is a schematic, in this example we only connected 8 sets of LEDs and resistors but its easy to add another 8 from X8 to X15 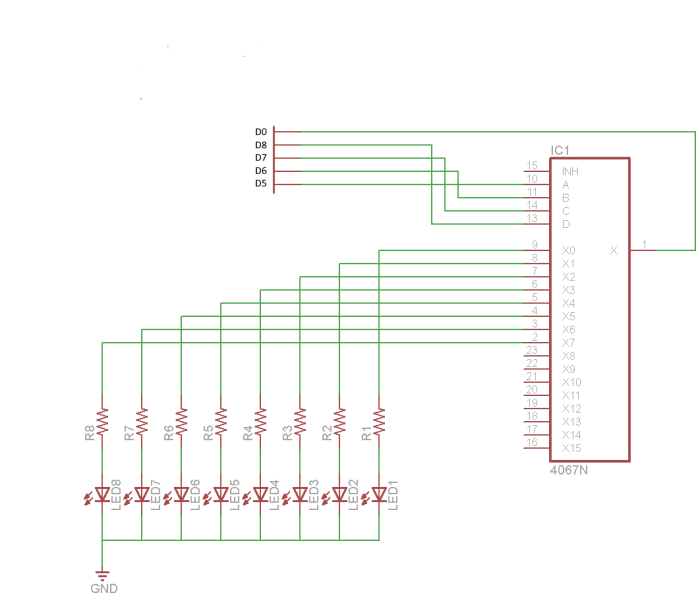 The code example only uses 8 LEDs