This is another example using a sensor from the 37 sensor kit, this time we use the one called the KY-033 Hunt sensor module, this looks like this 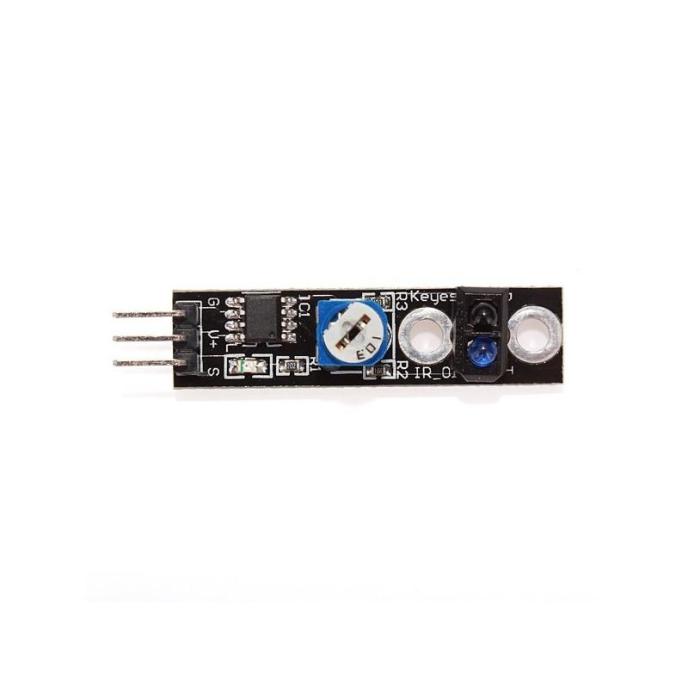 here are the connections I used

Not overly complex this example, I noticed that using the serial monitor that the value was 559 when no object was present and around 29 when I blocked the sensor so I decided that if the value was under 100 I would switch the built in wemos led off, default being on in this example